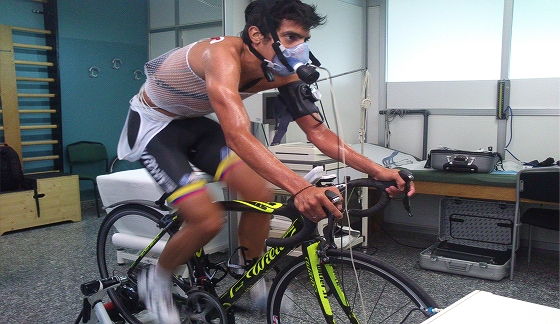 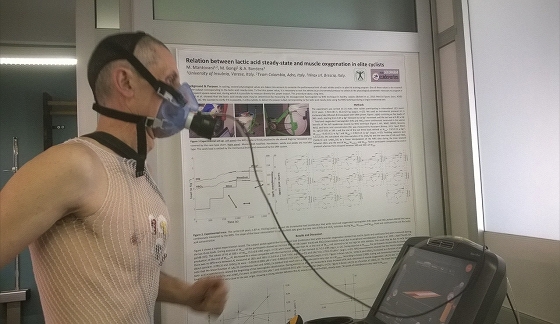 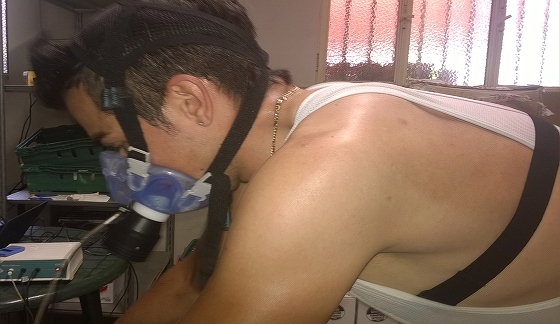 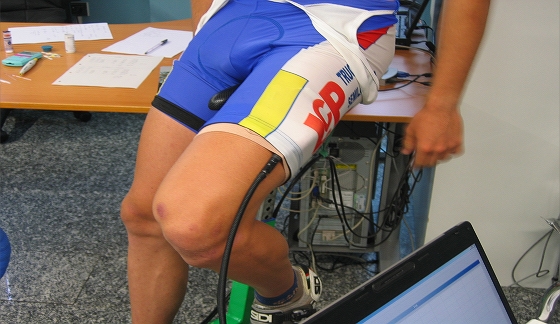 In cycling, the maximal power output corresponding to the lactic acid steady-state are taken into account to evaluate the performance level of each athlete and/or to plan his training program. Bellotti et al. showed that the lactic acid steady-state may be determined by measuring the deoxygenated haemoglobin by NIRS technique in healthy subjects (Bellotti et al., 2013). We wanted to verify if it is possible to detect in elite cyclists the power output corresponding to the lactic acid steady-state using the NIRS technique during a single incremental test. For this purpose, we used an incremental protocol consisting on five loads at constant mechanical power of 360 s of duration each. Total, oxygenated and de-oxygenated haemoglobin (tHb, HbO2 and HHb respectively) were continuously measured in the vastus lateralis muscle and lactic acid concentration (AL) was measured. Our results show a strong relation between the AL steady-state and the HbO2 steady-state. This point of coincidence is very near to 3.75 w.kg-1. This suggest that in elite cyclists, it is possible to determine the power output corresponding to the AL steady-state during in incremental protocol, only measuring the muscular oxygenation by NIRS technique. 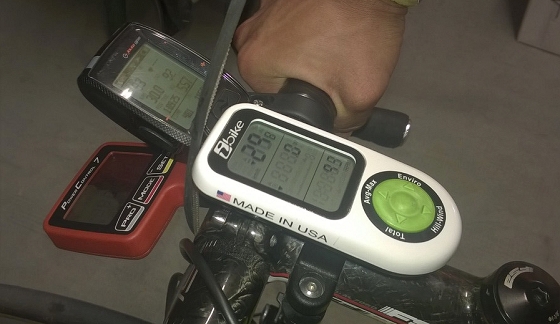 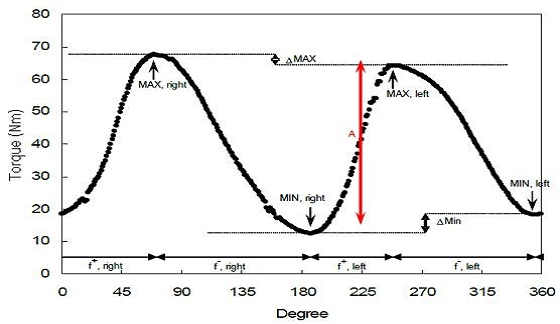 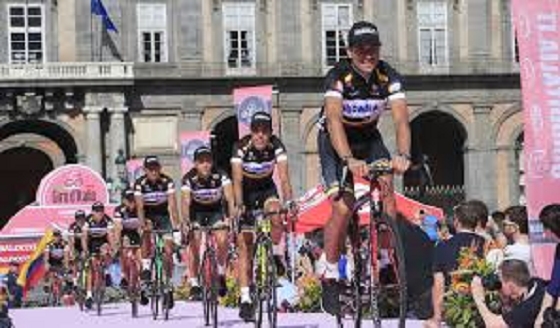 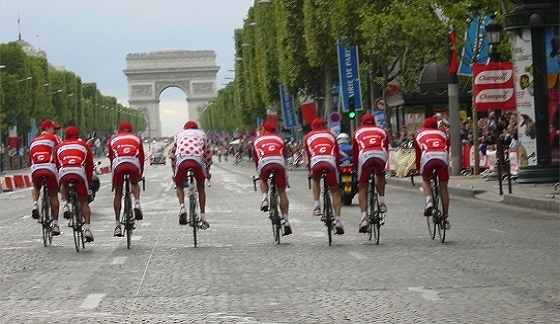 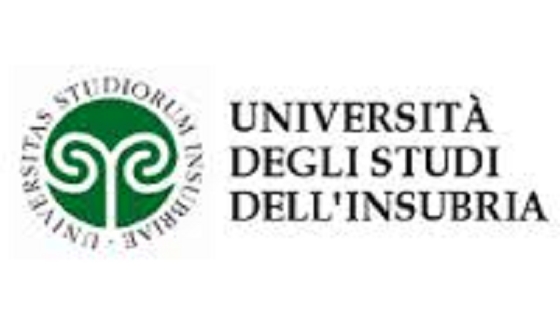 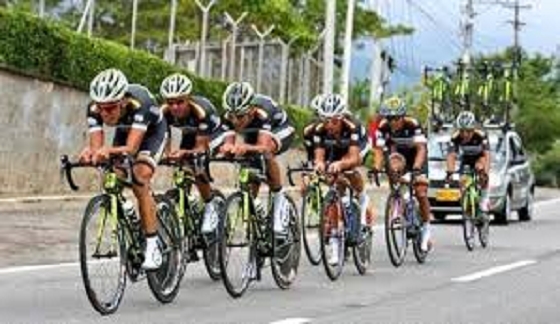